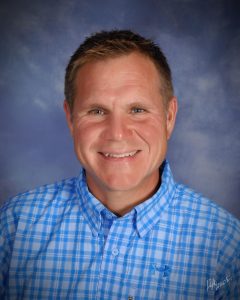 Matthew E. Iager, DVM, otherwise known as “Dr. Matt,” has surrounded his life with the registered Holstein cow. He grew up in Howard County on his family’s Maple Lawn Farm in Fulton. He was active in Maryland 4-H and the Maryland Junior Holstein Club. He was third high individual at World Dairy Expo in 4-H judging, and his dairy bowl team won at the National Holstein Convention. Matt was a Holstein DJM finalist, Kildee scholar and served as president of the Maryland Junior Holstein Club.
He attended Delaware Valley College of Science and Agriculture in Doylestown, Pennsylvania, and was a member of the All-American Club for collegiate dairy cattle judging. He received his B.S. degree in dairy science with honors and graduated magna cum laude. He also attended Missouri Auction School and became a licensed auctioneer.
Matt attended Virginia-Maryland Regional College of Veterinary Medicine and received his DVM degree in 1996. He received the Robert L. Hogsett Memorial Award for leadership, professionalism and service upon graduation from veterinary school. He later served for 10 years on the alumni board of directors for the veterinary school and founded the Iager Veterinary Scholarship for food animal medicine.
Mid-Maryland Dairy Veterinarians became an important part of his life, where he was a partner and enjoyed working with his dairy clients and friends being licensed and accredited in five states. He is proud of the MMDV Scholarship that is presented each year at the Maryland Dairy Convention.
Embryo transfer became his passion as he was certified with the American Embryo Transfer Association, and he served as chairman of the education committee for many years and now serves on the certification and government liaison committees. He served on the board of directors and is currently the president of AETA. Matt is also a member of the International Embryo Technology Society.
MD-West-View Genetics became his family’s farm in Boonsboro along with his wife, Laura, and children, Noah and Brooke. This facility houses and flushes elite donors to process embryos for export. He exported embryos to 26 foreign countries for himself and his dairy clients. Matt is thankful to everyone who has allowed him the opportunity to work with their special cows through herd health and embryo transfer.
The Maryland Holstein Association has been extremely important to Matt’s development, and he has enjoyed serving the organization in several capacities. He was chairman of the show committee for many years, served on the board of directors and just completed his two-year term as president. He continues to be active in other dairy organizations as he serves on the board of directors for National Dairy Shrine and is treasurer of Maryland Dairy Shrine. He has been a delegate to the National Holstein Convention and continues to promote Maryland Holsteins.
Matt is very thankful to the Maryland Holstein Association, the members and breeders, and all of the Holstein family and friends for honoring him with this prestigious award.

There are no upcoming events at this time.